Navigate by Satiricon Songs only


Caveat: the ancient art of satire, still much practiced in the United Kingdom, remains little known and poorly understood in North America, where many people are unable to distinguish "tongue-in-cheek fun-poking" from "downright offensive". Those who are unable to make this distinction are encouraged to press the little white "x" in the red box in the top right-hand corner of their screen and follow this link instead (click here). Nevertheless, to avoid the risk of both parties paying large sums of money to lawyers for no useful purpose, apologies are hereby offered to all and any who remain offended, indignant, disgusted, outraged, personally slandered, personally libeled, merely upset, radically insulted, affronted (even sideways), aggrieved, displeased, hurt, wounded, disgruntled, put out, annoyed, angry, cross, exasperated, frankly irritated, deeply piqued, vastly vexed, irked, stung, galled, nettled, resentful, in a huff or quite simply in high dudgeon. Honestly, very sorry. 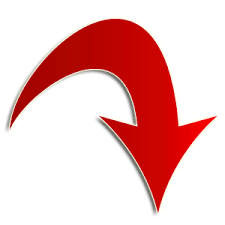 Click on any of these titles to open the page:

Use of these songs, and/or these recordings, for non-commercial purposes, is not simply permitted but invited.