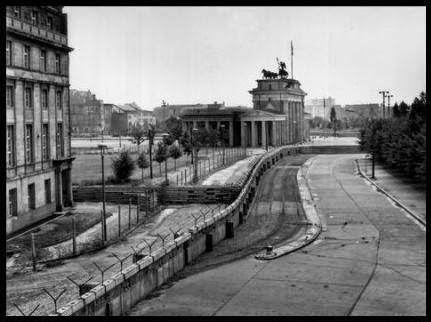 Theodor Adorno (1903-1969) was a German philosopher and social critic. In 1949 he pronounced the dictum that “to write poetry after Auschwitz is barbaric”, which was really intended as a challenge to his fellow-Germans, posing the profound question of what German culture could mean, or be, after the Holocaust. He later revised the dictum, stating that “perennial suffering has as much right to expression as a tortured man has to scream”. He died too young to be familiar with the work of Max Sebald, and was probably unaware of the work of Heinrich Böll, but he was a close friend of Paul Celan; all three are writers who took up the Adorno challenge in their own ways, as did Günter Grass, who is acknowledged for doing so in a poem later in this collection. This “Retort To Adorno” is not a criticism, but for a Jew visiting Berlin, staring at the eagle still dominant above the Reichstag, and hearing the same old national anthem still playing, even though they no longer officially sing the words, it seemed the right title, and the right approach. The poem “Warsaw Pilgrimage” is really a continuation of this retort, if not actually of this poem. My story “Hunting Doughnuts In Berlin”, in the collection “Travels In Familiar Lands”, completes the trilogy, and is due for publication in 2015.

The rivers are ice.
The earth marshals its frigid strength,
brown with over-cultivation.
From East to West and West to East
the streets unite in Christmas lights and tinsel.
Postcards of the city
show a Wall, a rifle-toting sentry, a field of mines,
but all of this is history.
The Reichstag, now refurbished, re-inhabited,
warms the seat of future European government.
The marching feet on Unter den Linden and Alexanderplatz
stamp only to shake off the snow.
The Neue Synagogue (new in 1866)
may now be just a sad museum,
but down the road the Judische Gymnasium is full,
the Holocaust Memorial a dream of Albert Speer,
and in the little theatre in the Hackesches-Hoef
Jews full of Hechsher-Hofen mispronounce the name
while a Swiss Jew from Narbonne who looks like Tevya
plays the accordion in kletzmer style
and sings a kleine liedele in Yiddish
for the assembled ranks of Judeophile non-Jews.
When the show is done I approach him at the bar in Hebrew,
thank him for the Warshawsky rendering of Oseh Shalom
and the several encores and the explanations of the songs.
We talk in shrugs, as Jews have always done,
an arm raised this way indicates the Brandenburg Tor,
a shoulder that way points out Hitler’s Bunker
on the Friedrich Strasse, two hundred metres
from the monument to Checkpoint Charlie on Rozinthaler Street.
Two hundred metres from Oranienburg Strasse
where the death of Jewry was proclaimed
a generation and a half ago,
the Swiss Jew and the English Jew shake hands,
exchange addresses,
bid shalom,
concur in parting that it is we who won.

"Retort to Adorno" is published in "Welcome To My World, Selected Poems 1973-2013", The Argaman Press. Click here to purchase the book.