To listen to an audio recital of the poem, click here 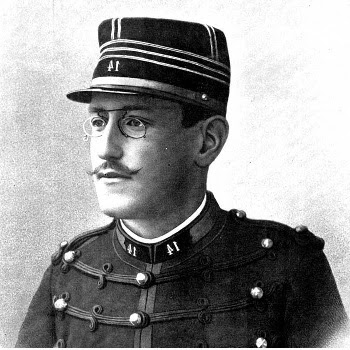 Inmate number 164 was woken at 7.30am
his epaulettes his brass his buttons his gold officer’s braid
were loosened so that they would tear more easily
his sword was scored to be sure that it would be break

General Darras then stood up on his stirrups
raised his sword and declared
“Alfred Dreyfus you are not worthy of bearing arms
In the name of the French people we degrade you”
In riposte Dreyfus shouted back
“Soldiers they are degrading an innocent man
Long live France! Long live the Army!”

To which the crowd beyond the gates retorted
with cries of “Death!”

Once more Dreyfus protested his innocence

"The Degradation" is published in "Welcome To My World, Selected Poems 1973-2013", The Argaman Press. Click here to purchase the book.

Posted by David Prashker at 9:40 PM