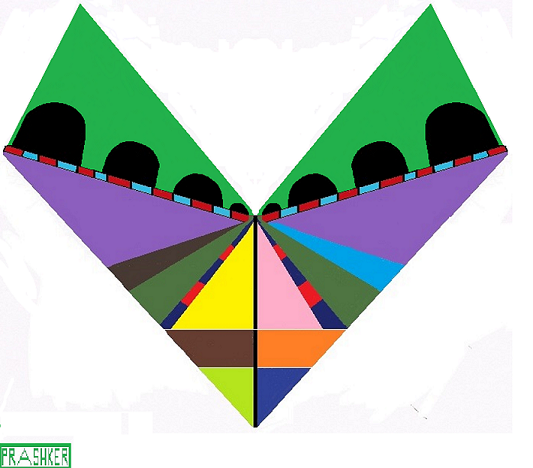 This is it then - logos of the human
pulse: the cards mis-shuffled, the pack mis-dealt
(shuffled and dealt by knaves to threadbare kings)
No spirit of unearthly numen,
no Icarus on sun-blenched, sea-drenched wings;
rather a Sicilian gambit, fated
to falter stumbling into some Fool’s Mate.

In the beginning was the Word, mis-spelled.


Imagine a Neolithic troglodyte,
armed with stick and tinder, crouching supine
at the cave-door, witnessing a full moon
in full eclipse. The uncreated night
yields only to bats’ wings, the distant tune
of courting eagles in an eeriness
of wind, shadows of unformed shadows, twined
demoniacal shapes of superstitiousness.

So stick and tinder kindle earthly fire:
but it is nothing; less than the nothing
of primordial nothing in whose dark
systole-diastole the pulse is formed.
So eyes stare awe-struck, eyelids tense as wire.
The black corona passes, and is born
into a blazing aureole; a spark -
and God is fashioned on an eagle’s wing.

So much for the primitive conception.
Ours is no less primitive, though ours is
magnified, exalted, reasoned by minds
too profound to fathom their own shallow
simpleness; empirical deceptions,
truths that are but the apotheosis
of uncertainty; all this we swallow,
needing to give credence - and remain blind.

When the black corona of ignorance
blazes into the bright aureole of
knowledge, we sleep secure. Stick and tinder
kindle earthly fire; savant shamans dance
ecstatic in the orgiastic rites
of certainty. But fire burns to cinder.
When we too are eclipsed, what light above
will grant us sleep on future uncreated nights?

"The Pulse" is published in "Welcome To My World, Selected Poems 1973-2013", The Argaman Press. Click here to purchase the book.

Posted by David Prashker at 9:36 PM