To Be Carved On His Tombstone 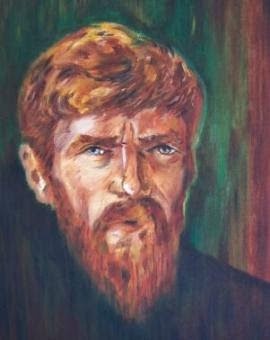 The Anglo-Saxon world has come, in the last few years, to reject Lawrence, even to despise him, mostly for the same reason that it spends so much fatuous endeavour seeking someone else who can be held to have written Shakespeare’s plays – the middle classes cannot bear the idea that someone from the urban peasantry or the rural working class should rise to quite such intellectual and artistic heights. They have to be put back in their place, which is at the side entrance, by the tradesman’s door. But the simple fact is, that in the entire annals of Anglo-Saxon creative thought, there are only two men of true genius, and they are Shakespeare and Lawrence. The prophet is always without honour in his native land. One day his detractors will understand that they have something to expiate.

To Be Carved On His Tombstone

There was a pile of books on my bedroom floor,
old books, second-hand books,
picked up months before
at bargain prices from a remainder store,
the pages black with someone’s garbled notes,
some failed A-level student
trying to dissect
or maybe, hopefully, to vivisect this density.

They were dead things, even when they were first created,
black tombstone fonts of words
laid out in rows like cemeteries.
Some piece of unoiled metal must have ground away for hours
in the making of them,
metal grinding over metal,
ink blocks stamping like soldiers on the road to war,
making curlicues on letters like the poppies
that grow up on soldiers’ unmarked graves,
spitting out scraps of half-price paper
on which cheap ink’s already blurred,
wrapped in only slightly thicker cover-paper,
still not thick enough to shield it
from the ravages of time and human hand,
someone’s attempt to mine a profit
out of the carbon of human personality.
But dead.
Entirely dead.

They can’t help it, of course.
They don’t mean to be,
but books are dead things,
inanimate objects that you fall asleep to,
time-fillers on the unoiled metal train journeys
into the dark tunnels of personal schedules and timetables,
the vicissitudes of solitary crowded ticket queues,
the landscapes of old battlefields and torn-down crosses
above that other graveyard of the eternal book.
This particular pile of books had entirely white covers,
most of them torn or damaged,
a cartoon penguin,
a photograph of no particular relevance to the title,
the author’s name,
the title of the book,
and on the back a blurb, a résumé,
a photo of the author,
just like every other book.
And I found myself thinking again:
dead words, black mortuary print.
An emptiness.

But these were not just any books.
These were the complete works,
in paperback,
of D.H. Lawrence,
every one of them from The White Peacock
through his poems essays letters stories,
through The Rainbow and Women In Love,
through Lady Chatterley and the Phoenix,
all the way to The Man Who Died
but didn’t.
Twenty three volumes at 60p a time,
or take the whole lot for a tenner.

Never in the whole history of literature
has a man of such exuberance
poured so much of himself,
so much that is vital, intense and vigorous,
so much passion for the joys of life,
for the colours and the sounds and smells,
the flowers and the love affairs,
the snakes and the mountain lions,
the ancient peoples and the modern peoples,
the whole gamut of human growth
and struggle and exasperation,
poured it and poured himself
perfectly coherent
even when the consumption made him cough and splutter,
poured it like printer’s ink into these white sepulchral volumes
piled pyramidically upon my bedroom floor.
And I wondered, trying to capture his voice,
what he would have made of this,
and I thought, he can’t have minded,
since he give his life to making mausoleums such as these.
He must have known.
He must have understood.
That human imagination does not lie in books,
nor even in the words of books,
but in the dialogue between the writer and the reader,
the one inscribing the marble tombstone
so the other can come by
and dream
and resurrect.

And I understood in that moment that a dead book
is not different from a dead human being
standing on the football terrace
with his life lived vicariously
through someone’s else glories,
or vomiting in a pub too drunk even to fantasise
a night of passion with the woman opposite,
or rummaging through the barren catacombs
of some about-to-be-shut-down bookstore
for someone else’s books,
for someone else’s life.

And so I picked up the first volume
and began to read,
and for the next several months continued reading
until I had relived the complete works
that I had first lived as a student of seventeen,
and at the very last I re-read Frieda’s terrible biography
with its gut-wrenching account of his final days,
a dead book written about a dead man.
“Death was there”, she said of him, “Lawrence was dead.
So simple, so small a change
yet so final, so staggering.
Death!”

Right there, in mortuary ink
on white sepulchral paper,
in a book shaped like a tombstone,
row upon dead row.

“There had been the change,
he belonged somewhere else now,
to all the elements;
he was the earth and sky,
but no longer a living man.
Lawrence, my Lorenzo,
who had loved me and I him…
he was dead…”

But you were wrong, Frieda, wrong, wrong, wrong.
What you were describing was not the negative
of a man descending into death.
Rather it was the heroic triumph of a demi-god,
ascending abjectly into immortality.

"To Be Carved On His Tombstone" is published in "Welcome To My World, Selected Poems 1973-2013", The Argaman Press. Click here to purchase the book.

Posted by David Prashker at 9:46 PM