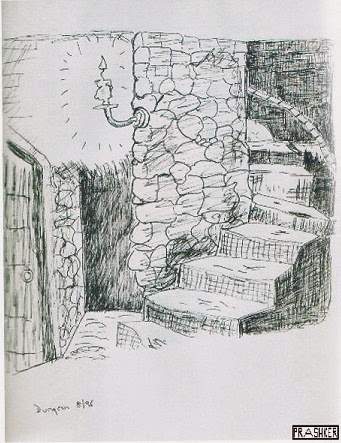 This was my first song on and for the piano. I wrote it about two years after Eli was blown up in an ambush in a bus taking milhouimnikim - Israeli reservists - to the Beqaa valley in Lebanon in 1982. The men who killed him were PLO fighters in the pay of the Syrians. The song took a long time, because I didn’t know who to blame for his death. The PLO I exonerated, since their cause was just and Eli had been sent into battle as a soldier to kill them. Their Syrian paymasters I exonerated, because they were themselves in the pay of the Soviet Union; just as I exonerated the Soviets, who were simply the victims of their own propaganda. The makers of the bullet I exonerated, since their aim wasn’t death but profit; God had declared Himself immune from prosecution; the driver of the ambushed lorry was only obeying orders; and War itself was far too abstract a phenomenon to bear the blame for Man's stupidities. In the end I had no one but Eli himself to accuse, since everyone else had been vindicated, and all men protest their innocence.